Skip to content
Primer/Interface guidelines
What's newContributeAbout
On this page

A tree view is a hierarchical list of items that may have a parent-child relationship where children can be toggled into view by expanding or collapsing their parent item.

Node labels should be a succinct title for whatever entity the node represents. For example, a file name.

By default, labels are truncated to a single line. However, node labels may be wrapped to multiple lines in cases where the entire label must always be visible.

When a node's text is truncated, it should still be accessible to users via a browser-native tooltip.

Leading and trailing visuals may be used as visual cues that communicate more information about a node.

If the leading or trailing visual contains useful information, make sure it has a screen-reader accessible text label. Note that the file and folder icons are not considered useful information, as the TreeView's underlying markup will communicate their presence. 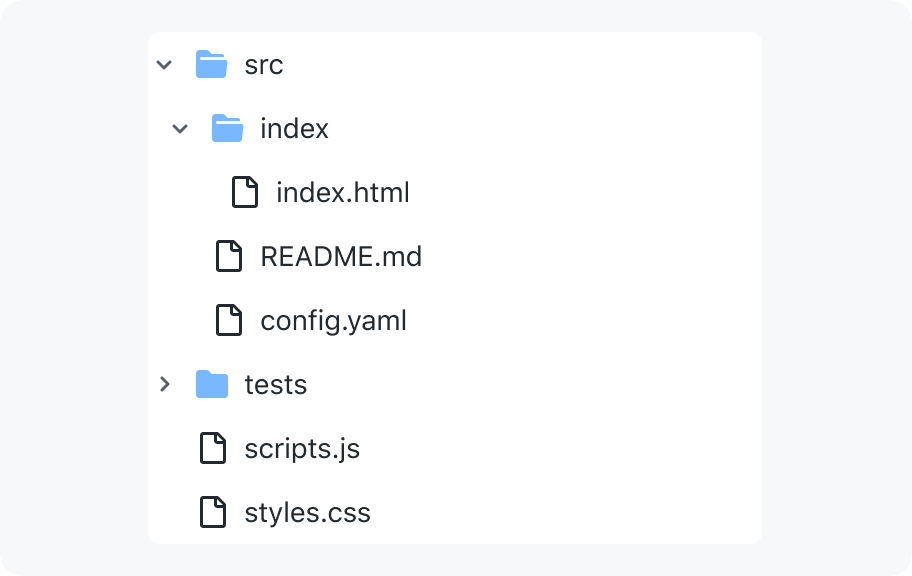 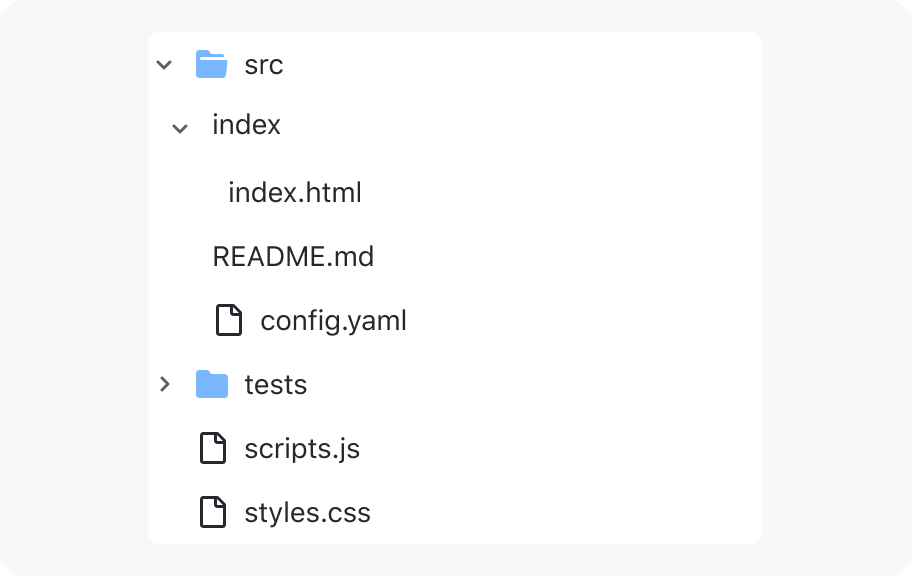 Don't have a tree where only some nodes have leading visuals

Keyboard users can expand or collapse nodes without activating them by using the left and right arrow keys.

To give cursor users an equivalent experience, there are two click areas:

If the node cannot be activated, clicking anywhere on the node will expand it.

Nodes may not contain any other interactive elements besides the chevron. Activating a node can only perform one action. For example, following a link.

Limit nodes to a single action

Don't put other interactive elements in a node

We have investigated the feasibility of supporting a context menu for each node, and that could be something we support in the future if we find we need it.

Nodes have different visual treatments to indicate their state and hint what kind of user input they're ready to receive. These styles are inherited from the action list component.

On devices with :hover support, the nesting indicator lines fade in when the user mouses over the entire component, or when there's focus inside the component.

On devices without :hover, the nesting indicator lines appear at all times. 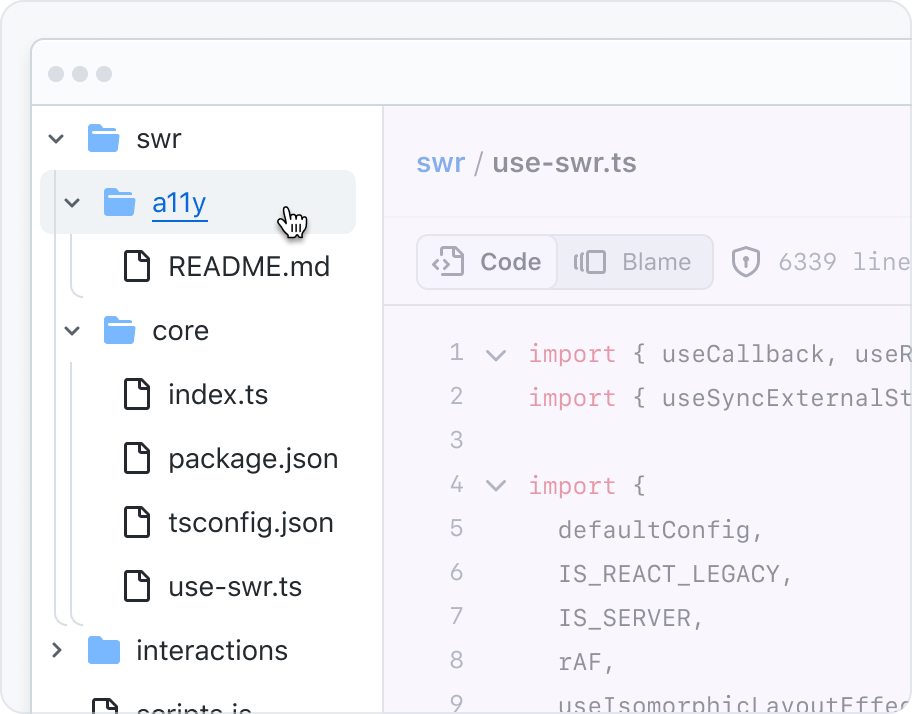 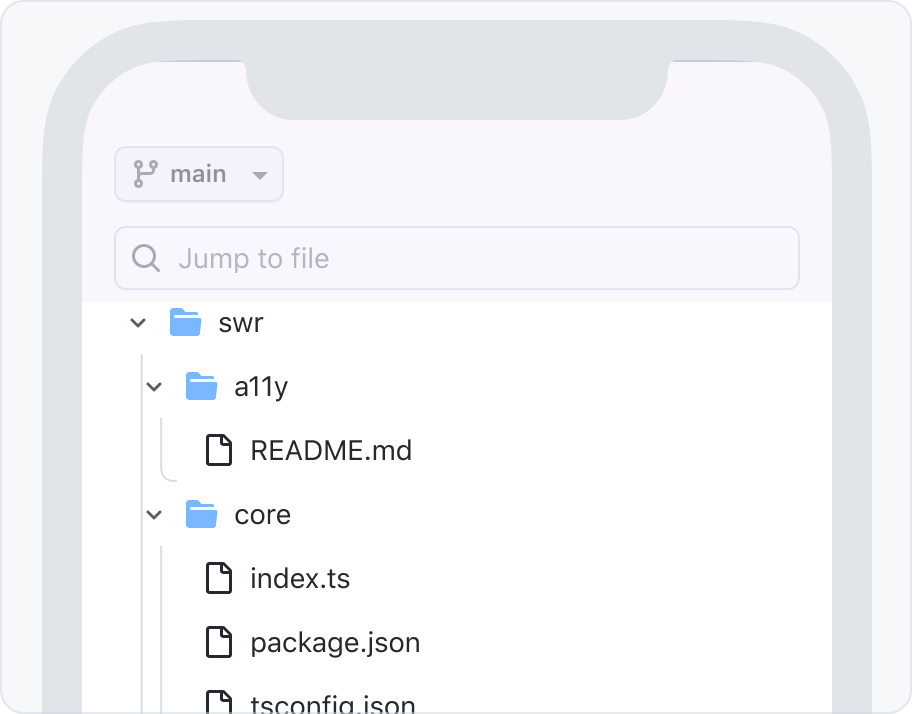 Navigating through deeply nested nodes can be cumbersome and visually clunky. If accessing nodes deeper than 10 levels deep is a common interaction for your use-case, reconsider whether a tree view is the best pattern.

Tree views are designed to be horizontally compact in order to support many levels of nesting and long node labels. This makes content truncation and horizontal overflow less likely to occur for deeply nested nodes, but infinite nesting makes those cases impossible to prevent entirely.

There are some strategies to avoid a tree view that horizontally overflows it's container:

If a tree view is truly the best pattern for your use-case and none of the suggested strategies prevent horizontal overflow, opt for horizontal scrolling as a last resort instead of hiding overflowing content.

Tree views are only for hierarchical lists

A tree view solves a very specific problem. It's not a multi-purpose tool like an action list. 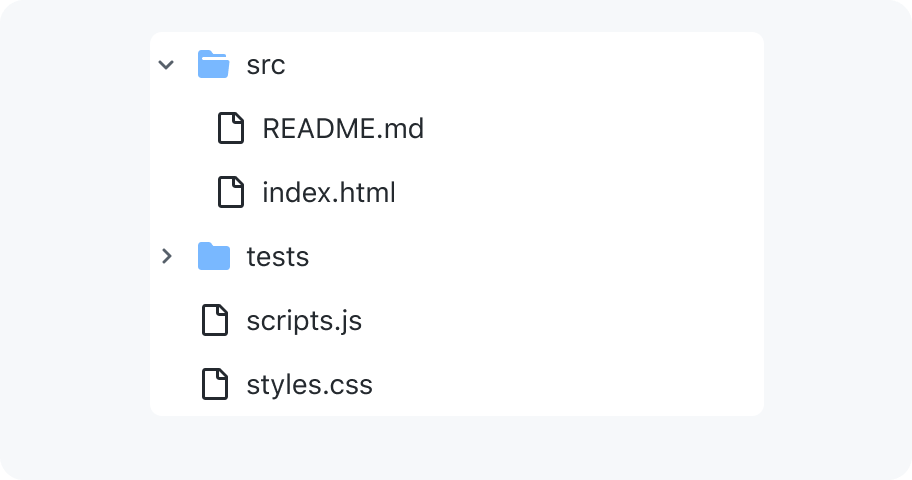 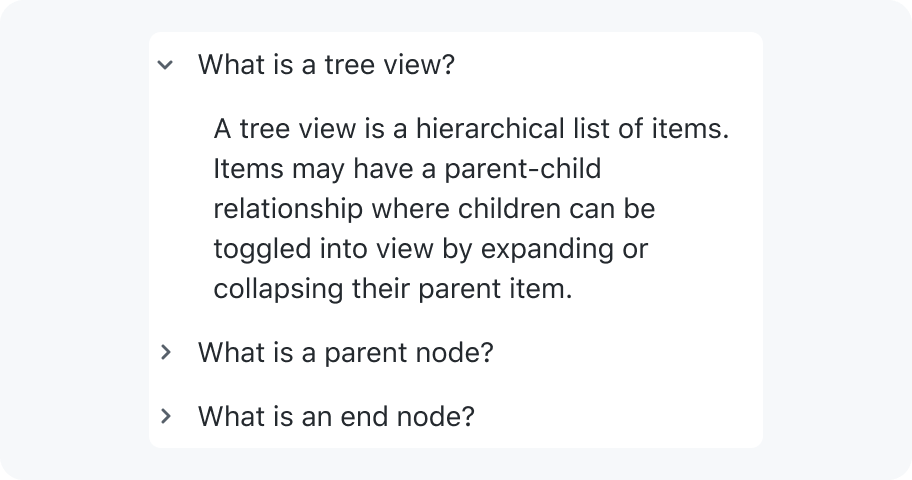 A tree view can be a frustrating pattern if it forces users to spend a lot of time expanding and collapsing nodes to find what they're looking for.

When a child node is active, all of it's parent nodes should be expanded.

If it's likely that a user will want to interact with all or most of the nodes in the tree, render the tree with all parent nodes expanded to start. For example: when reviewing a pull request, all of the changed files are shown to make it easy for reviewers to scan and navigate the changed files. 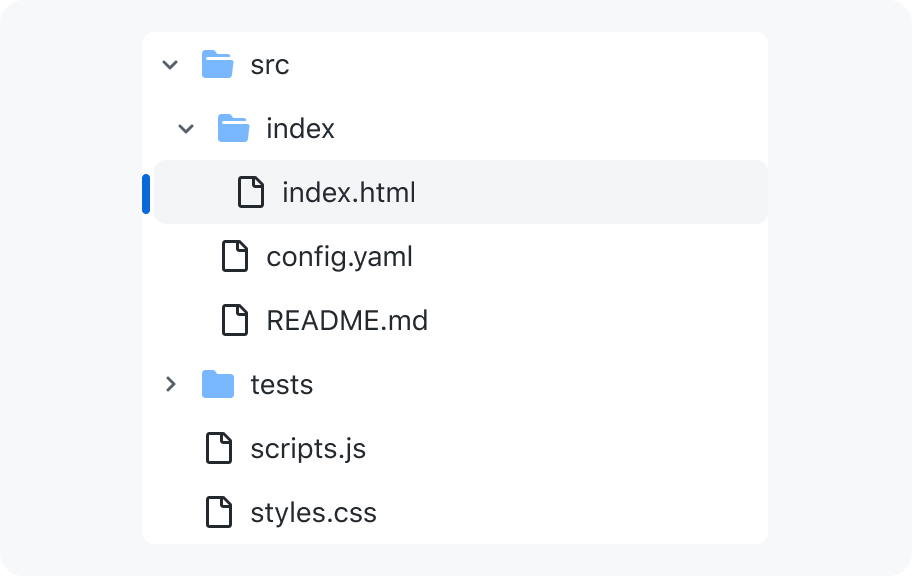 Inform users why the data cannot be retrieved and give them a path to resolve it. The error message cannot appear in the tree view because it is not semantically a node in the tree. Instead, the error message should appear in a dialog with an optional call-to-action that can resolve the error.

If we don't have enough information to write a useful error message, it's ok to write something generic like "Couldn't load".

Be considerate of the amount of vertical space a tree view can take up when all of it's nodes are expanded. 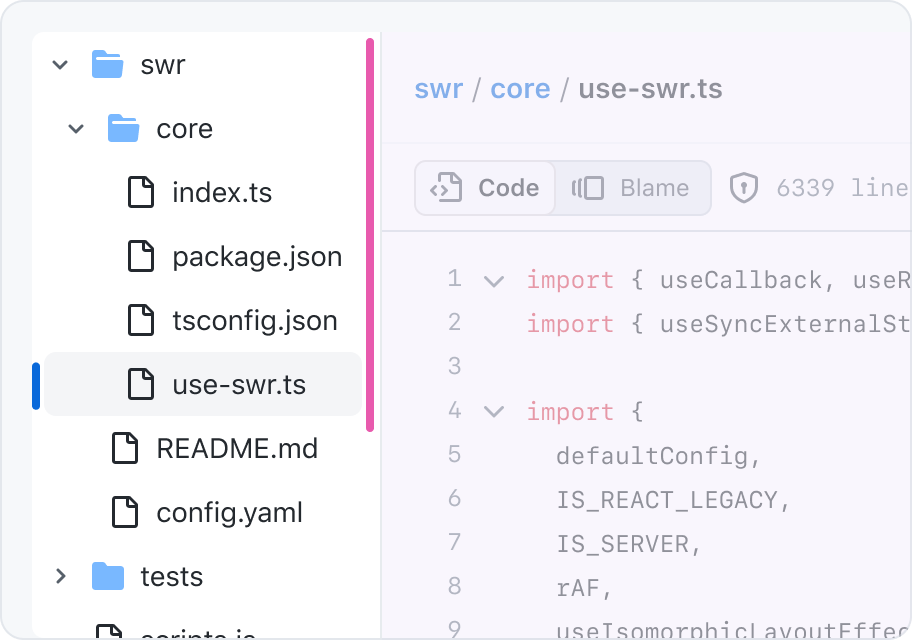 Render a tree view in an area with enough vertical space to comfortably browse the list, and doesn't push important content or controls below the bottom of the viewport 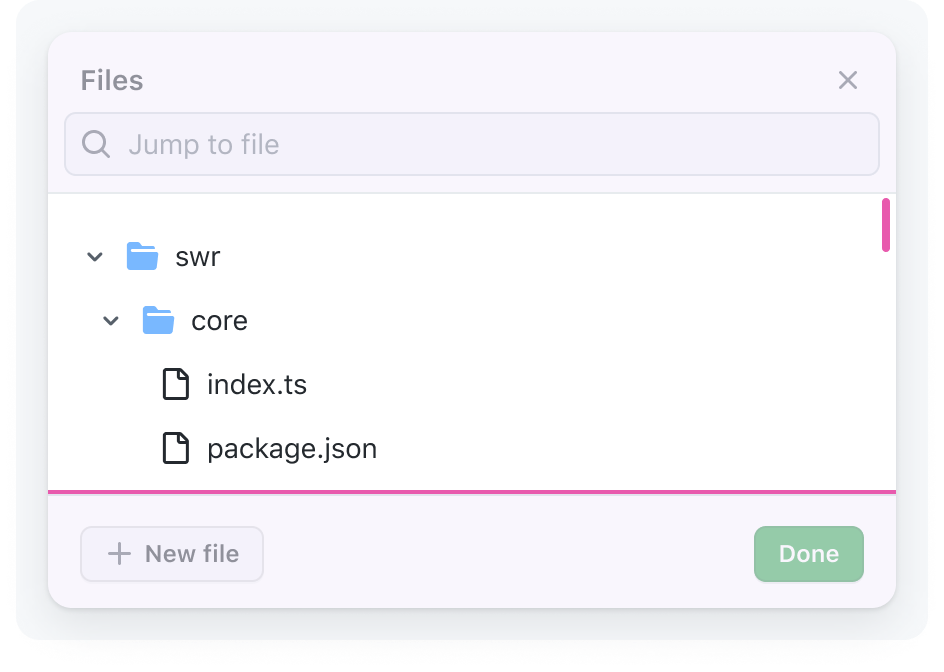 Tree views need an accessible name to be supplied, ideally via `aria-labelledby` pointing at an appropriate heading before the tree. If the tree view has enough surrounding context that it doesn't need a visible label, apply `sr-only` to the heading to hide it visually, but preserve the underlying programatic association.

Focus moves to the next node with a name that starts with the typed character(s). Wait for 300ms from the last key press to stop searching.

Typeahead behavior is case insensitive, and any printable character can be used, not just alphanumeric characters.

The `Space` key is ignored because it's being reserved for toggling a tree view node's checkbox. Nodes with checkboxes are not supported yet, but they may in the future.

If moving focus into the TreeView for the first time, focus on the first node.

If moving focus back into the TreeView after the user already interacted with it, focus the previously focused TreeView node.

If the first focusable element would cause a confusing experience for folks who listen to content using a screen reader, then an alternate element may be defined