A toggle switch is used to immediately toggle a setting on or off.
On this page

Labels should be succinct, and can describe an object or an action (for example: "Discussions" or "Automatically watch repositories"). Don't use phrases that describe the switch's state in your label.

Use succinct phrases with verbs or nouns

Don't use phrases that describe the switch's state

By default, lay out a toggle switch horizontally justified with its label and optional description.

You may use a vertical layout when a toggle switch is layed out inline with other content, or if a horizontal layout would put the switch too far from its label. If the vertical layout is left-aligned, the "on"/"off" text may be moved to the right of the switch.

A small variant is provided to maintain visual hierarchy, or for dense areas where the default size will not fit.

When a toggle switch is waiting for something to load before toggling, a loading indicator should be displayed. The switch should not prematurely toggle from "on" to "off". Wait until loading is complete before showing a change.

The progressive disclosure pattern may be used to hide or show content based on whether a toggle switch is on. Content revealed on toggle switch activation should always come after the toggle switch.

Toggle switches should have the same keyboard navigation features as a button. A toggle switch may be focused using the Tab key, and pressing the Enter or Space key will toggle the switch.

Since a toggle switch can only be "on" or "off", it could be confusing to use a switch to represent mixed values. 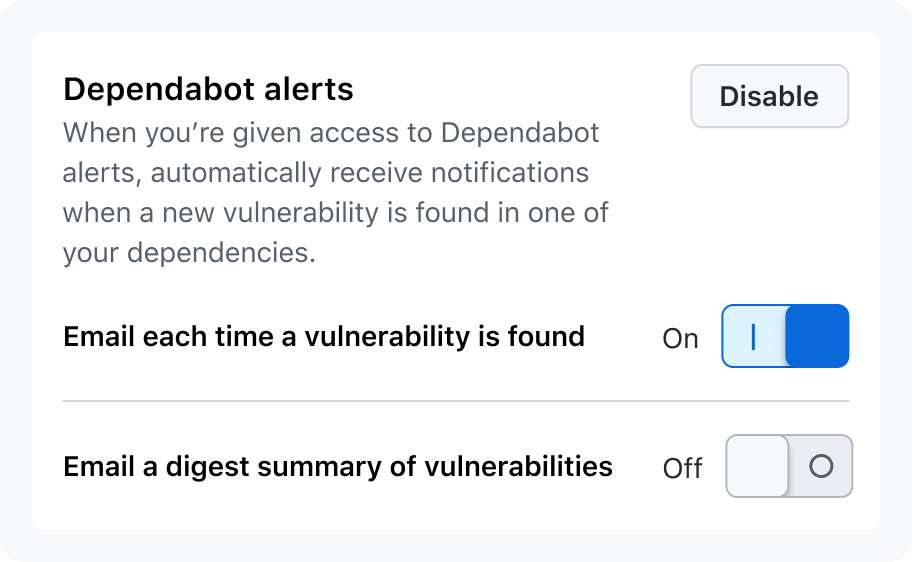 Use a button to affect multiple related toggles 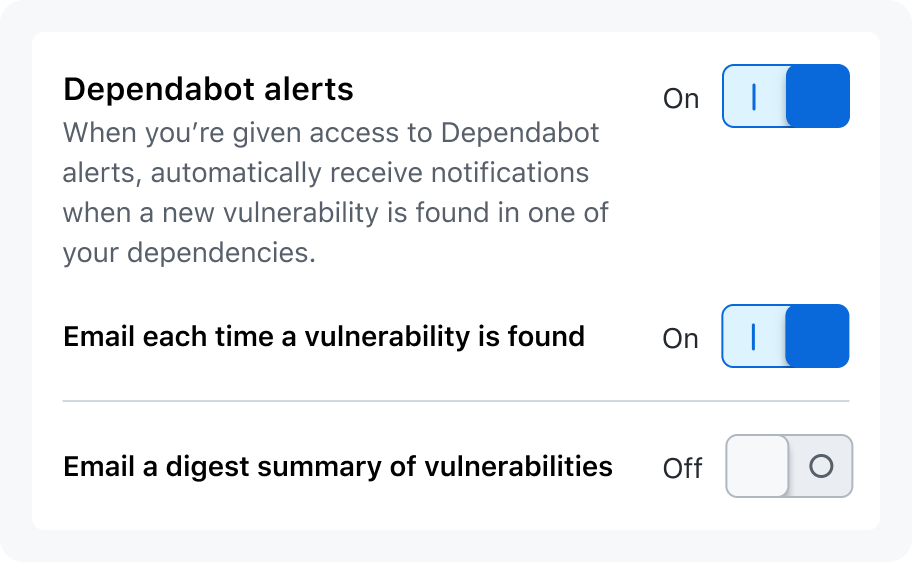 Don't use a toggle switch to represent mixed values

Toggle switches are buttons that change and save a boolean configuration option when they are toggled. Checkboxes are form inputs that are used to select one or more items from a list, and are not saved without explicit confirmation such as pressing a Save button.

A toggle switch should never be used as a replacement for a checkbox. See saving patterns for more details. 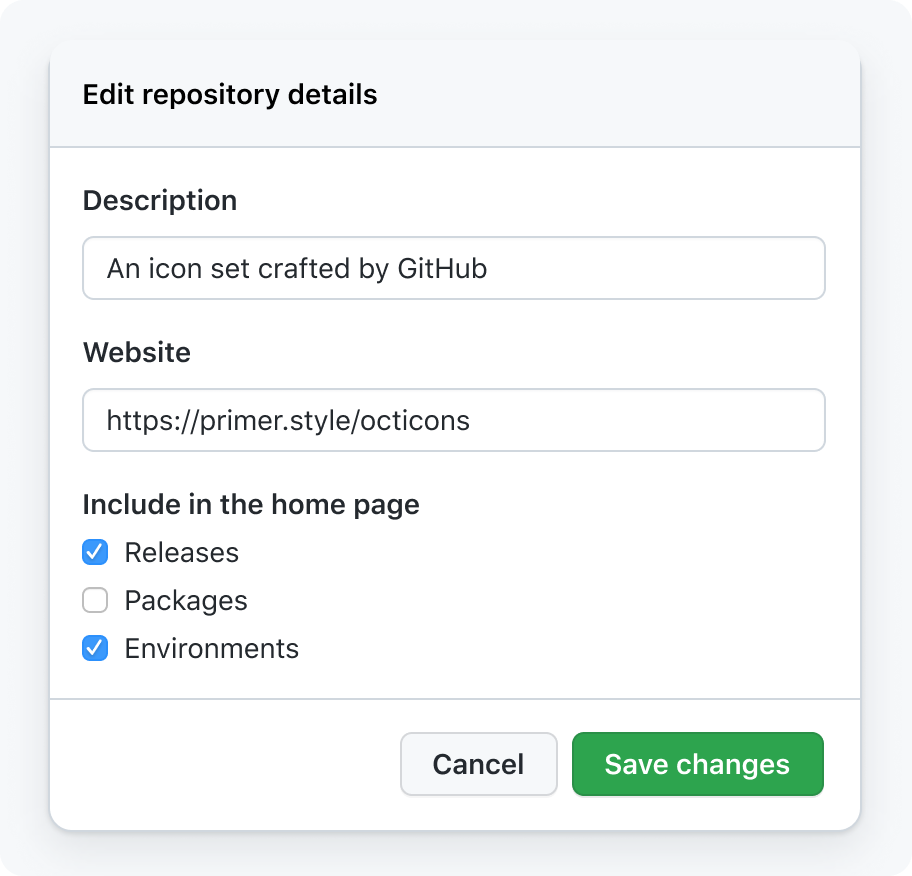 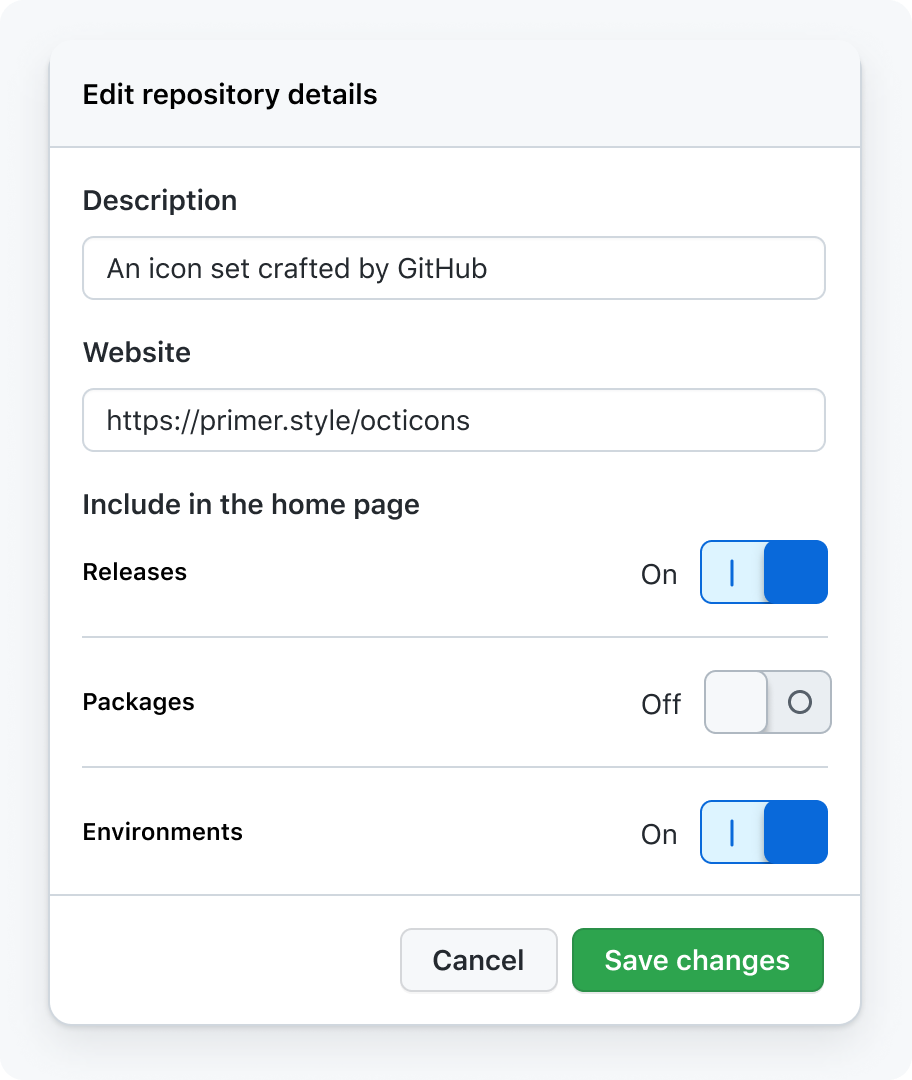 Don't use a toggle switch as a replacement for a checkbox